A group of experts from HKUMed performed detailed phylogenetic and phylodynamic analyses to compare the third (July 2020) and fourth (November 2020) waves of COVID-19 infection in Hong Kong. A total of 509 SARS-CoV-2 genome sequences, representing 8.1% of all COVID-19 cases in Hong Kong, were analyzed. The purpose of this study was to understand the characteristics of each outbreak to guide public health interventions.

Key takeaways from the study: 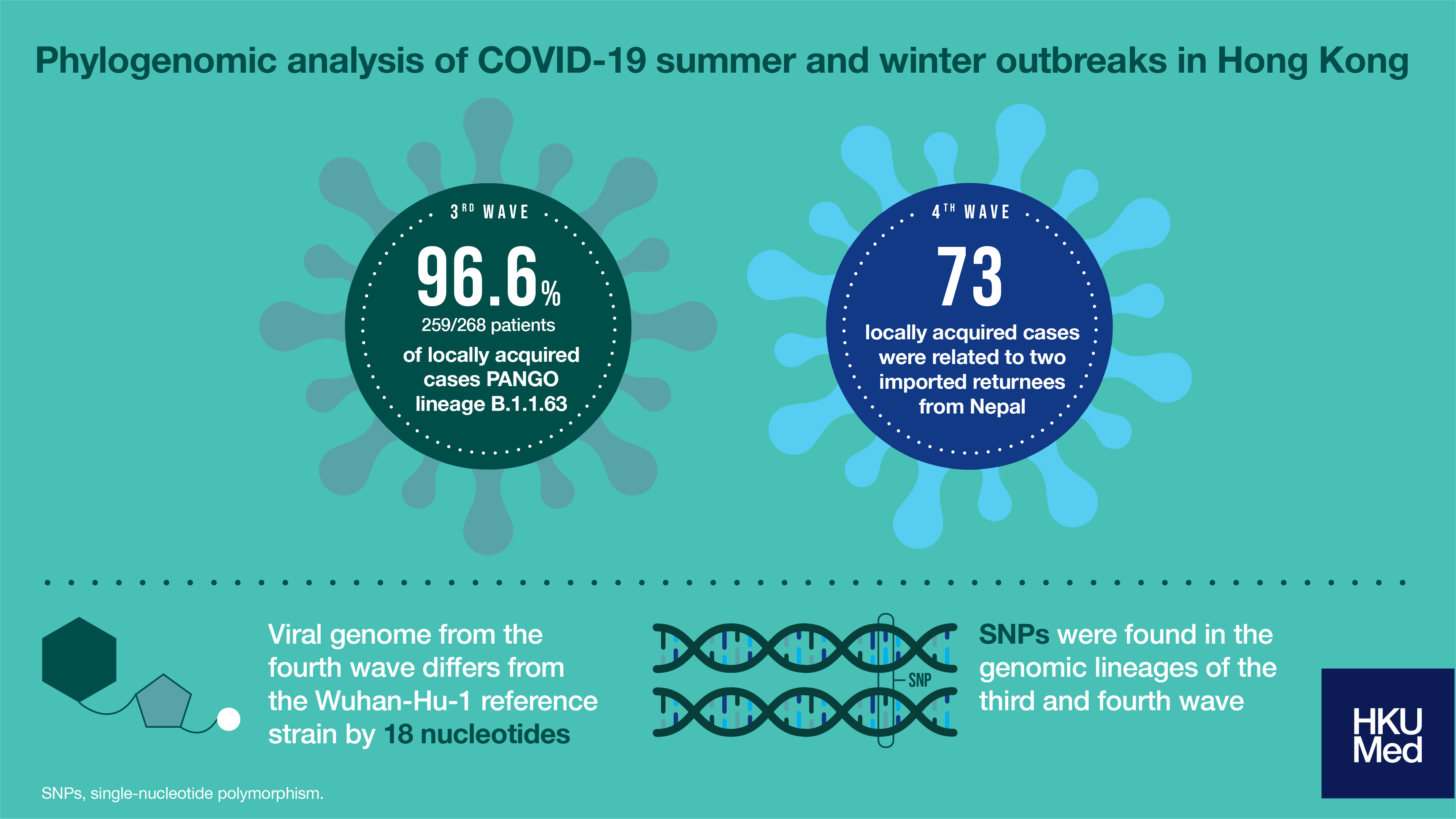